Today while Karen, Debbie and Sieg held a press conference and met with the Rotarians, the rest of the team had the opportunity to visit two schools which were part of last year's distribution. The Rotarians
arranged a minibus again and Khuzem accompanied us for the day. We picked up Mr. Pure, District School Commissioner on the way.

The first school was in a small village about two hours outside of Pune. The village welcomed us with drums and dabbing the tilaka mark on our forehead by beautifully dressed young ladies. We joined former bedkit recipients and teachers in a classroom. A lot of the children were dressed in the items received in last year's bed kit. Parents and interested community members were jammed outside looking and listening through the door and windows. Mr. Pure introduced us and we all received the gift of a coconut and a momento. Different members of the team asked the students various questions about the bedkits received last year. A few questions were addressed to the teachers also.  It was apparent both the teachers and children greatly
appreciated the items in the bedkit and the items were making a positive difference in their lives.

After a brief lunch we headed out to another school. On the way we visited a large dam giving a great scenic view of the area. The next village had a newer school. The children waiting for us included some kindergarten
students as well as bedkit recipients. After asking the questions, one of the students recited something for us. As it was in the local language, we did not know what it was but it sounded like a version of Little Red Riding Hood by her gestures. Both visits gave us excellent feedback to validate the contents of the bedkit as being good choices for the items. It was a school holiday for at least one of the schools but the kids still appeared to very happy to come out to meet us.

On the way home we stopped at a Hindu bathing ritual site along a river. There were many cement steps along the banks and a lot of people performing the ritual.

Thank you Mr. Pure and Khazem .

The evening was spent with a celebratory dinner hosted by the Rotarians.  It brought together all the major volunteers and their families for a great social evening.  A wonderful way to end our distribution…and, until we meet again.

THERE ARE NOW 5,000 CHILDREN IN THE PUNE AREA WHO WILL HAVE A GOOD NIGHT’S SLEEP. 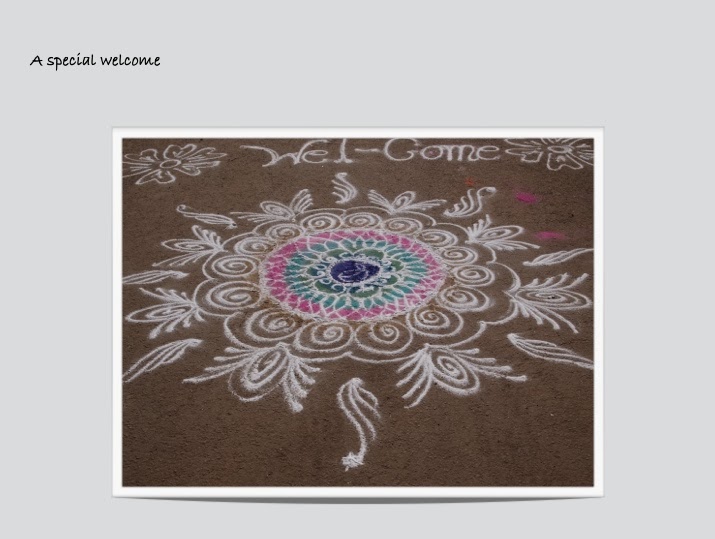 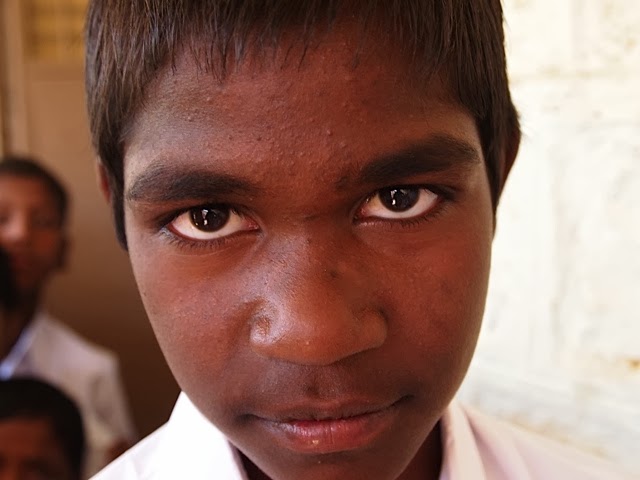 Today we went to Male, our last distribution village for this 2014 trip to Pune, India. Upon entering the school area, we were given our bindi and taken to Mulshi Gardens, where we placed a flower in honour of Shree Senapati Bapat. Then we walked to the throng of beautiful smiling children sitting so still waiting for us. During the opening ceremonies, we showed the children the contents of the bedkit. The ohhs and ahhs, and the laughter when they saw the underwear, were music to our ears. 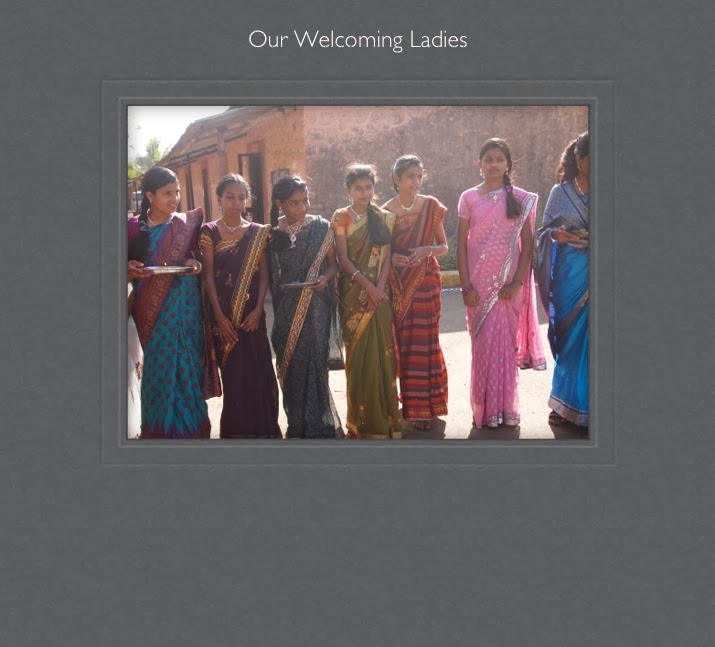 Today one little boy had a smile from ear to ear when he received his gift. He was so cute and excited.  If only we had had a camera at that moment!

At days end we were treated to a delicious meal at a Rotarians home.  The Rotarians continually show their hospitality to all of us.

Even though this is the last distribution day, we aren't done yet! Stay tuned for more as we are visiting the manufacturing facilities and some of last year’s bedkit recipients. 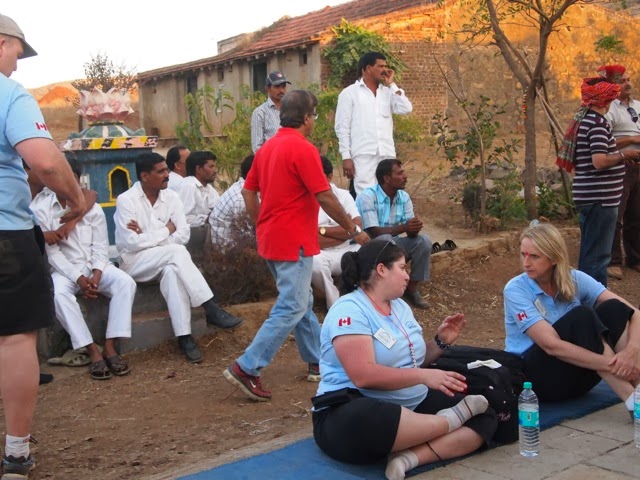 Today we went to a different area outside of Pune. A small village called Bahirwadi, awaited our arrival. As we made the journey to the village, we noticed how much dryer this area was compared to others we had been to.  Were we in Arizona or India? However even with the dryness the locals spend much of their day tending to their vegetable fields, especially delicious chickpeas and onions!


Once again, we arrived to see the waiting crowd. We were given a head dress, a bindi, and another ride in an oxen cart. We rode through the village, following the local musicians and dancers. Today, the children and their parents were seated together during the opening presentations. Everyone was so attentive, including the kids. It was so heart warming to see everyone so interested in all the activities. We were treated to two traditional dances performed by the girls and a dance from the boys that was more of a popular song. All three were amazing!


We had a great day handing out all the bedkits to the children! We even created a kazoo band featuring four young boys!   They were quite talented. 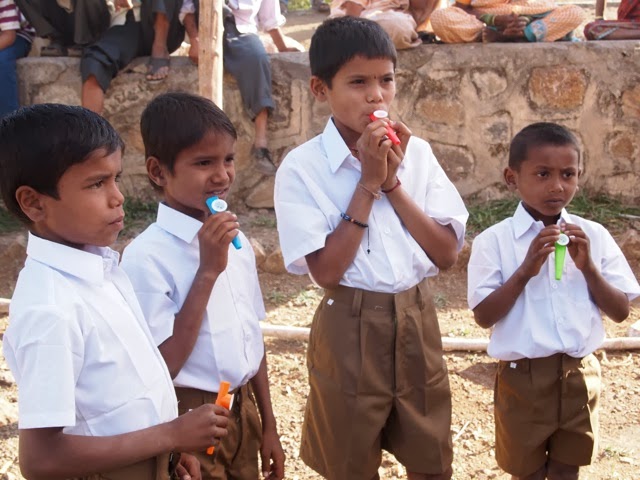 After all our work was done, we went to a villager’s house, who made us a dinner featuring one of their crops, chickpeas! They dried and ground them,and mixed them with garlic, onions, and other herbs and spices. It was delicious!!  We tried to obtain the recipe, but were not successful. 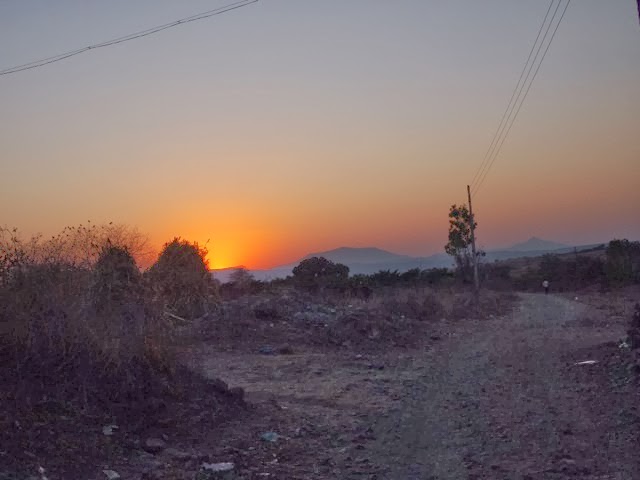 Afterwards, we were invited into some local houses. It was interesting to see that they keep their cattle right outside their front door to keep them safe. One of the houses had onions wrapped around a beam in the rafters. None of us had seen that before!


We finished up our visit in Bahirwadi by riding off into the sunset. What a perfect ending to a perfect day!


1,000 bedkits were distributed today to the children.


Today was a break day. Debbie and Kerry headed off to OSHO for some meditation while the rest of the team were treated to a tour of Pune. Raj (Pune Rotary Team) arranged a minibus with a driver. 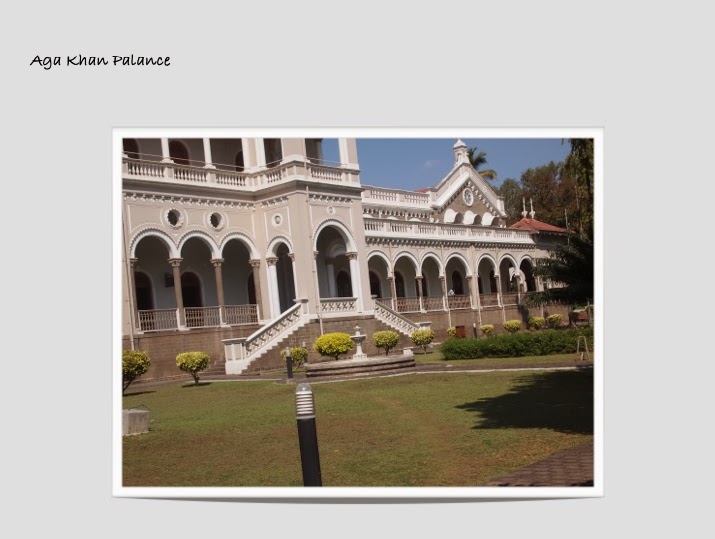 Our first stop was Aga Khan Palace. The Palace was one of the places where Ghandi was imprisoned. During his stay here his wife passed way. The palace and grounds were beautiful and quiet being hard to believe vs. the bustle of the city just a few blocks away. Raj then took us on a tour of an old British colonial fort. It was massive structure. Since being built to fortify the city, tall buildings now surround it. Unfortunately, the view from the fortifications is long gone.
We then stopped at a market including visiting a Hindu temple. This was the best
opportunity to experience the electricity of the city. People, scooters. vegetable and dry good stands everywhere. Pictures do not come close of the full spectrum of the sensory experience. The sounds sights and aromas all together were awesome. 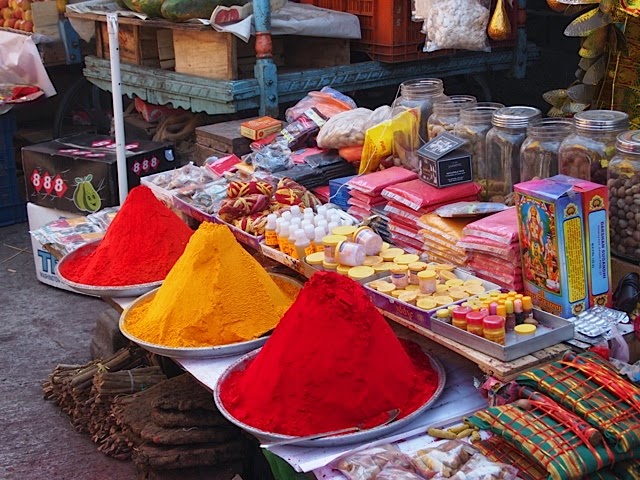 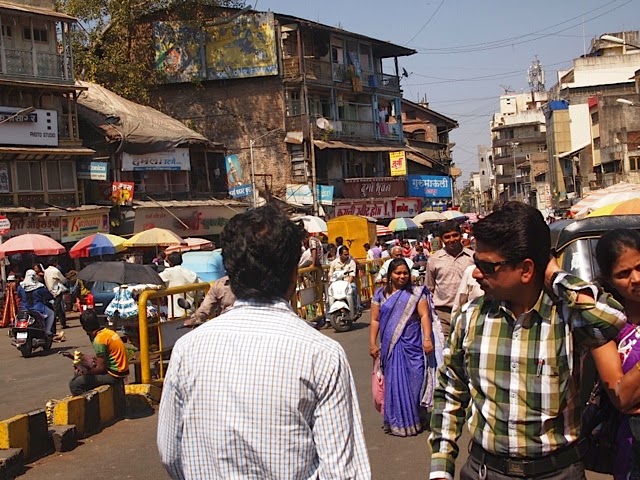 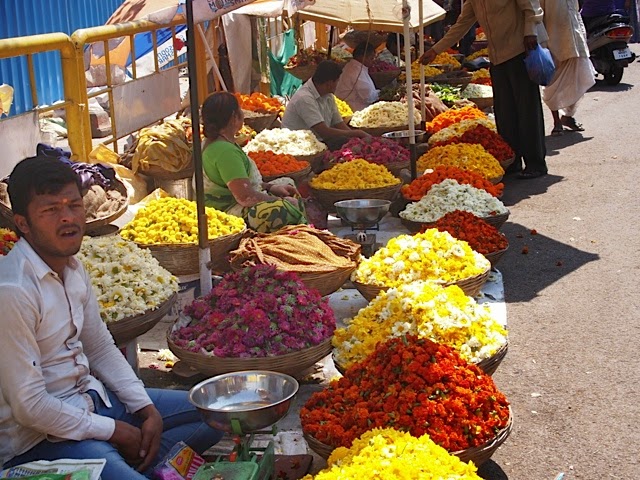 Next stop was an outdoor laundry facility. Clothes towels, etc. are washed by hand in out door cement tubs by rubbing and pounding the clothes on the cement. They are then hung to dry on a clothesline. Quite surprised to learn the towels from our hotel were likely washed there.

Finished the day with a late lunch at an Italian restaurant although Indian fare was still available on the menu.

What a wonderful way to spend our day off. Thank you Raj! 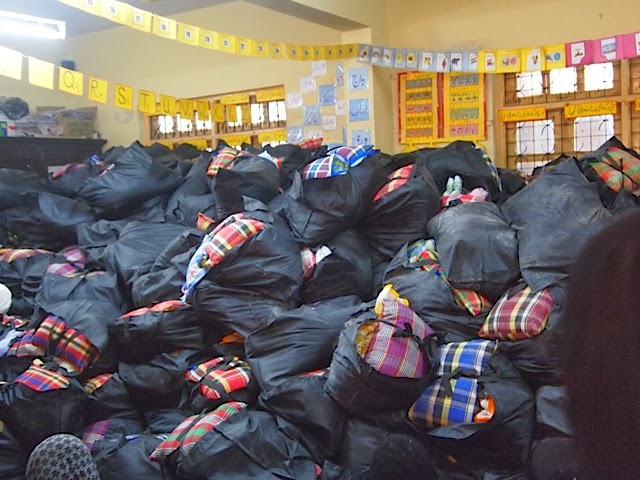 Our distribution was held in Pune city at a Muslim school ,which started out as a small orphanage for girls in 1925, and now has expanded to a 3,000 school facility providing much needed education and skills training.  The distribution also included students from 5 other schools in the area.

Upon arrival, we were treated to a traditional Indian breakfast, followed by an honour guard of delightful young children in their military-style uniforms, complete with precision, stomps and salutes.  Again a sea of happy smiling faces greeted us as we entered the auditorium.  We felt like celebrities.  The welcome ceremony included speeches, singing of the National Anthem, prayers and entertainment—boy’s acrobatics, and girls dancing in beautiful white dresses.  They even invited 2 of our team members to join them on stage.  What a hoot.  Each of the team received a student made “keepsake” card and a rose.  We felt special. 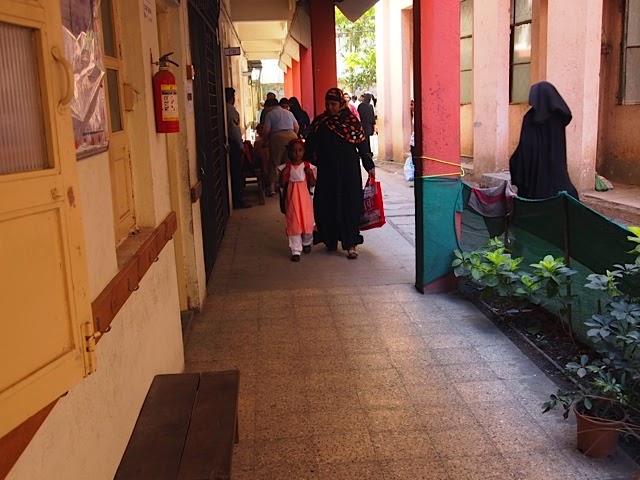 For the first time the parents were allowed to be part of the whole distribution process.  They were so proud to watch as their child’s photo was being taken, and in turn, the children seemed more at ease.  Another first for us was a photo of 42 children.  (Thanks to our photographer, Debbie, for making this look so easy.) 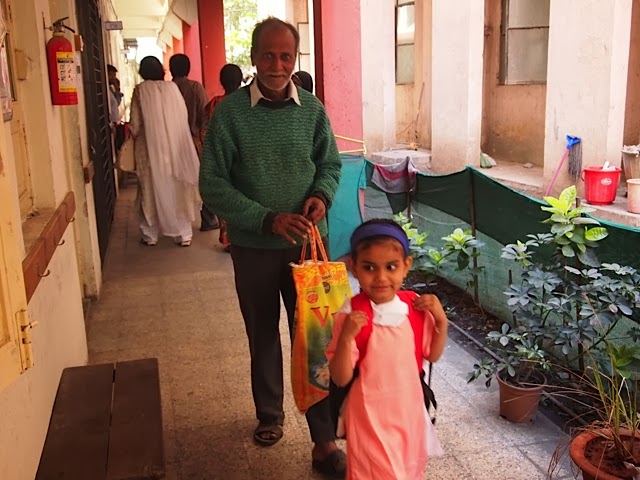 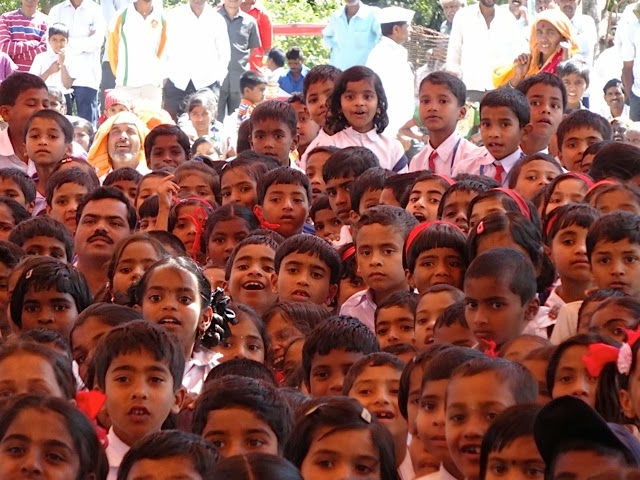 Our second day was just as wonderful as the first.  Breakfast at 7:00 am and on the road just before 8am.  Our destination – Mhate and 893 children awaiting their bedkits.  The excitement is palpable as we enter the village situated in a beautiful valley south of Pune.  A parade that again includes a ride in an oxen cart, singing, dancing takes us to the presentation tent.  Looking across a sea of exited little faces is worth the 3 hour drive.  Our engagement begins here with the first waves and smiles.  This is a very big day in their young lives.

Once the speeches and gifts are exchanged we get down to work.  The first step is setting up the bedkit display behind which the children are photographed and those photos are eventually sent to the donor as proof of the delivery made in their name.   After the photograph in their new school uniforms the children receive their knapsack and shoes and with their parent(s) receive the remainder of the bedkit items.  It warms you to the core when they look up to you and whisper “Thank you”.  In your heart you want to whisper back “No thank you for letting me share this moment of your life”. 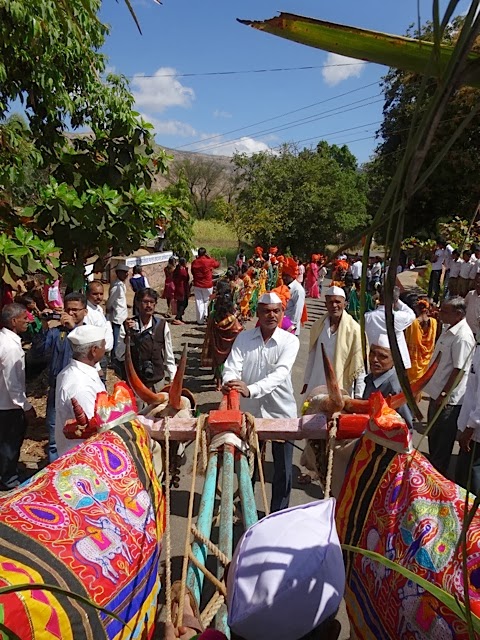 Our Rotary partners were a great help and we ended the day sharing a meal together.  The day that began many miles away ended with a gorgeous sunset and full moon.  Happy Valentine’s Day!